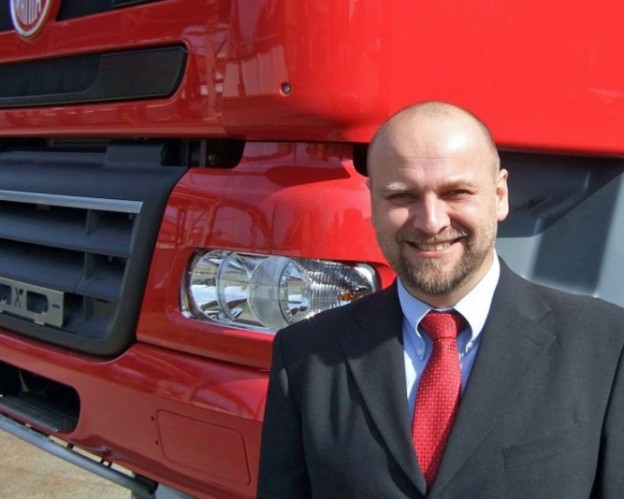 The new CEO’s task is to drive TATRA through as a unique manufacturer of commercial off-road trucks worldwide.

Petr  Karásek has already been with Tatra since July this year. He joined the  company as a consultant, along with other well-known personalities in  the Czech automobile industry. Their assignment was to carry out and  in-depth analysis of the company and propose a vision of Tatra’s  successful future. As the owners and the Board of Directors have  approved his proposals, it was decided that he would take up the office  of CEO. “Petr Karásek is facing quite a challenging job to restructure  Tatra and to get it on the road to prosperity. Jaroslav Strand and I are  convinced that he is an excellent candidate for this job,” comments  René Matera on the situation on behalf of both owners.

“The  Tatra company must define its position on the market and, according to  this, focus on priorities which will result in its stable growth,” Petr  Rusek, the Chairman of the BOD, says and adds: “We are in agreement with  the new CEO as regards to the view of Tatra being a unique company,  which will, in the long run, specialize in the production of small  batches as  well as highly-specialized custom-made commercial vehicles, the  off-road performance of which will make them the best in the world.”

Petr  Karásek has commented on his new position of CEO as follows: “To become  the head of a world-famous motor company with a strong brand, but one  which is facing a difficult economic situation, is a great challenge.  After an in-depth analysis of internal company processes as well as the  situation on the world market with commercial trucks, I believe that  Tatra’s future can be positive. However, in the current market  condition, TATRA TRUCKS won’t become a truck company producing batches  of thousands of pieces of identical vehicles. Its strength consists in  the ability to seek and fill market niches and to specialize its  production for them, to produce small batches of special unique trucks  which need to have excellent off-road mobility.” Petr Karásek started  his career at the end of the 1980s/at the beginning of the 1990s as a  designer in the former Vysoké Mýto-based Karosa company. There, among  others, he drove over 100,000 km during factory tests of trucks and  buses (for details see Petr Karásek’s brief CV below).

Regarding  the company situation, the new CEO says: “It is necessary for Tatra to  undergo a sufficiently intensive internal restructuring. If it is  supposed to work as a flexible manufacturer of special unique trucks,  the structure of processes and organization as well as the abilities of  the company’s employees must correspond with it. Changes are ready. They  won’t always be pleasant, but they are essential for the survival as  well as the further development of the company. We are going to discuss  them intensively and directly with both employees and the Trade Unions.”

Petr Karásek, MBA, LL.M (49 years-old) is an experienced crisis manager who has a great deal of  technical,  commercial as well as managerial experience gained from many years of  employment in the Karosa company based in Vysoké Mýto (currently Iveco  Czech Republic). There he started as a designer of bus chassis. Later,  he worked as a deputy of the chief designer and was responsible for  various technical projects. After 1990, he started building a separate  sales department in the company and after the joining of a strategic  partner – the Renault company – he was responsible for all the company’s  commercial after-sales activities as Sales Director. Within the  multinational group, he primarily specialized in commercial activities  in Russia and further countries of the former Soviet Union.

Since  2001, he has been dealing with restructuring and crisis management in  manufacturing, primarily for engineering companies. For example, as a  manager, he participated in the saving and recovery of the Škoda  Transportation company, he also restructured AWELD, DISA and many other  companies.

Petr  Karásek graduated from the Faculty of Civil Engineering of the Brno  University of Technology. He holds an MBA from Sheffield Hallam  University. Furthermore, he completed postgraduate corporate, commercial  and labor law studies at the Law Faculty of the Masaryk University in  Brno. He is an external lecturer for the University of Economics,  specializing in the topic of crisis management. Besides his native  language, he speaks English, Russian and German. He has a driving  licence for all vehicle types and has driven more than 100,000 km with  trucks and buses in factory tests.

TATRA  TRUCKS a.s. became the owner of the enterprise of the Kopřivnice Tatra  company when it purchased it at an auction held in March 2013. The  enterprise was auctioned off as a result of a long-term inability of the  former owner – TATRA a.s. – to meet its obligations. TATRA TRUCKS a.s.  is owned by two Czech entrepreneurs – Jaroslav Strnad and René Matera.  Three months after the change of ownership, the company recovered its  financial position, reporting an operating profit of almost 84M crowns  and having an overall turnover of more than 762M crowns. The new  management is gradually succeeding in regaining the trust of banks,  subcontractors as well as customers, and under the new leadership the  company is moving towards meeting this year’s target of over 800 trucks,  which is a 100% increase compared to 2012.