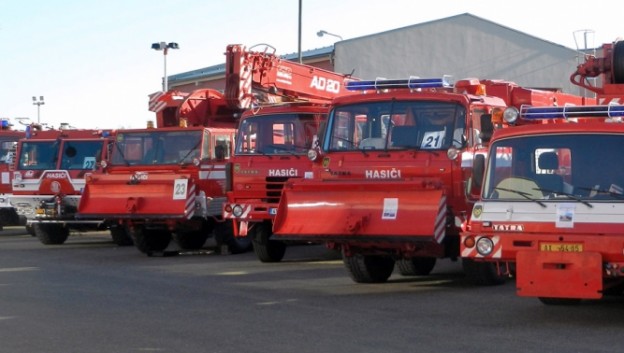 The third edition of the so-called Zbirožské hasičské tatrování (transl. Zbiroh Firefighting TATRA Meeting) was held on September 7, 2013 in the Town of Zbiroh, not far from Pilsen, the Czech Republic. It was a meeting of users of TATRA firefighting trucks. This year it also featured shiny historical TATRA passenger cars and a white Police Tatra.

The entire Saturday program in Zbiroh was rich in accompanying events. Besides the main truck beauty contest, a time trial in changing tires was held; children got fascinated by a kid-size fire truck which was awarded a special jurors´ prize. Visitors could also visit a local firefighting museum, which houses many vehicles of the TATRA make.

The Zbiroh Firefighting TATRA Meeting is gradually becoming an event where both the pride and joy in the quality of a Czech make meet – a big thank-you to the organizers.